Let’s be honest: when it comes to the topic of feminism, many people tend to have preconceived notions about the movement and the people who are involved with it. Unfortunately, these misconceptions can lead to a lot of confusion and misunderstanding. From believing that all feminists are man-hating bra-burners to assuming that the movement is only for women, there are a lot of misconceptions out there that need to be addressed.

To help clear the air and create a better understanding of what feminism is really about, here are eight misconceptions about feminists that you need to unlearn.

Misconception #1: All feminists are man-haters

There are even feminist men out there who are proud of their partners and support them in their activism! The problem with painting feminists as man-haters is that it paints the entire movement as one that is inherently anti-men. While there are certainly feminists who are anti-men, many are not. It’s important to not only acknowledge that but also to make room for feminists who love men and appreciate the masculine energy.

Misconception #2: Feminism is only for women

Although feminism is commonly associated with women’s issues and a push for gender equity, many people believe that the movement is only for women and has nothing to do with men. Feminism is not only for women but also for men, which is incredibly important to realize. Men often feel left out of the conversation when it comes to feminism and can be hesitant to get involved for this reason.

The good news is that men can be feminists too and can be an important part of the movement. Whether you are a man or woman, this isn’t just about women’s issues; it’s about social issues that affect us all. Some of these issues include wage inequality, sexual harassment and assault, reproductive rights, and more. If you identify as a feminist, then you are contributing to the greater good of the patriarchy and fighting for a more equitable society.

Misconception #3: Feminism is only about gender equality

Although the fight for gender equality is a huge part of the feminist movement, this is not the only thing that it focuses on. There is a lot more to the movement than just pushing for equal pay and urging people to use the word “her” instead of “he” when describing someone who does not identify as male. Feminism is about so much more than just fighting for gender equality.

It’s also about breaking down stereotypes and stigmas surrounding gender roles, sexual orientation, ability, race, ethnicity, and more. It’s about creating a better, more inclusive world for everyone. This means fighting for LGBTQ+ rights, ending the sexualization of women, and creating opportunities for people of all backgrounds.

Misconception #4: Feminism is only about women’s rights

Although there are many women’s issues that fall under the umbrella of feminism, there are also many men’s issues that feminists advocate for. When many people think of the feminist movement, they only think of women’s rights and they forget that men also experience areas of inequality.

For example, there is a huge problem with male suicide rates, as well as a high rate of men who have been sexually assaulted. Feminists advocate for men in these areas as much as they do for women, if not more so. This is important to remember because it helps to shed light on all the areas of inequality that people may not be aware of.

Misconception #5: Feminism is a part of the liberal agenda

This misconception is a common one and has been partly fuelled by the rise of pro-Trump, conservative women who some people have assumed are feminists. Feminism is not a part of any political agenda, it’s its own movement.

This means that they want the same opportunities as men and do not want to be seen as less than men. They also want to be treated with respect and dignity, not as though they should be seen as better than others just because they are women. Many people (particularly men) jump to the conclusion that feminists want special treatment because they are angry at men. This is not true at all! Feminists simply want to be treated as equals in a society that has been structured to be extremely unequal.

Misconception #7: Feminism is a revolutionary movement

Although feminism is a movement that is constantly evolving and pushing for change, it is not a revolutionary movement. Many people associate the feminist movement with revolution, as if it is trying to tear down the current system. While some feminists certainly do want to change the system and make it better, others do not.

And even if they did want to change it, the movement is not a revolution. This misconception is likely due to the fact that many feminists use revolutionary language and imagery, which can be misleading. In fact, many people equate feminism with the revolution of the 1960s, which was a counterculture movement with a lot of radical elements.

Misconception #8: Feminism is about hating men

As we have already discussed, there are some elements of man-hating in feminism, but this does not mean that feminists are all man-haters. This misconception is often fuelled by the stereotypes that are often associated with the movement, as well as the radical elements of the feminist movement.

Some people feel that feminists hate men because they often see images of women burning bras or wearing “kill all men” t-shirts. While these are certainly examples of radical feminists, they are not the majority of feminists. Feminists simply want to be treated as equals and do not want to be imposed upon. This does not mean that they hate men or want to see them suffer.

The feminist movement is constantly changing and evolving, which means that these misconceptions are always changing as well. To help clear the air and create a better understanding of what feminism is really about, it’s important to challenge these misconceptions. Feminism is not only for women and is not only about gender equality. It’s a movement that is about so much more and benefits everyone. 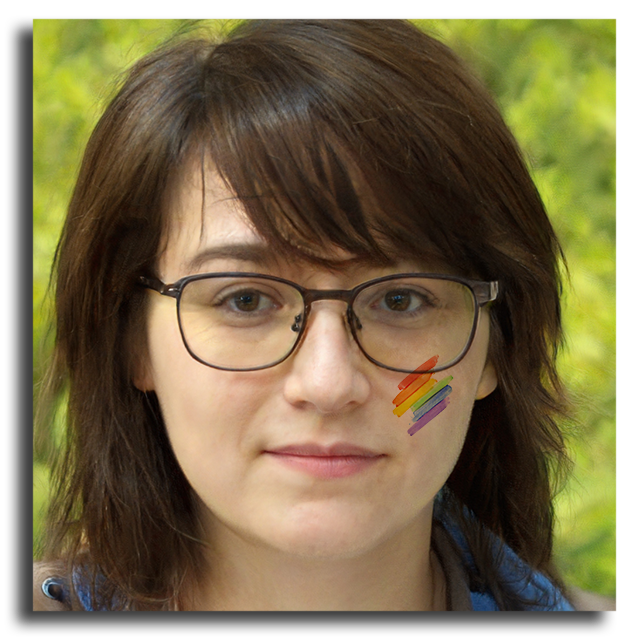 Hi there! I'm Lynda, an enthusiastic Peruvian based in Texas. I'm an ardent feminist and gay activist striving to create a better world for everyone. I'm always looking to try something new - especially when it comes to coffee and anime! I'm passionate about learning (and sharing all I have learned!)

"Feminism isn't about making women stronger. Women are already strong, it's about changing the way the world perceives that strength." G.D. Anderson

#1 The Candy House by Jennifer Egan

If you have a spare $$, please donate to PAWS Shelter of Central Texas.